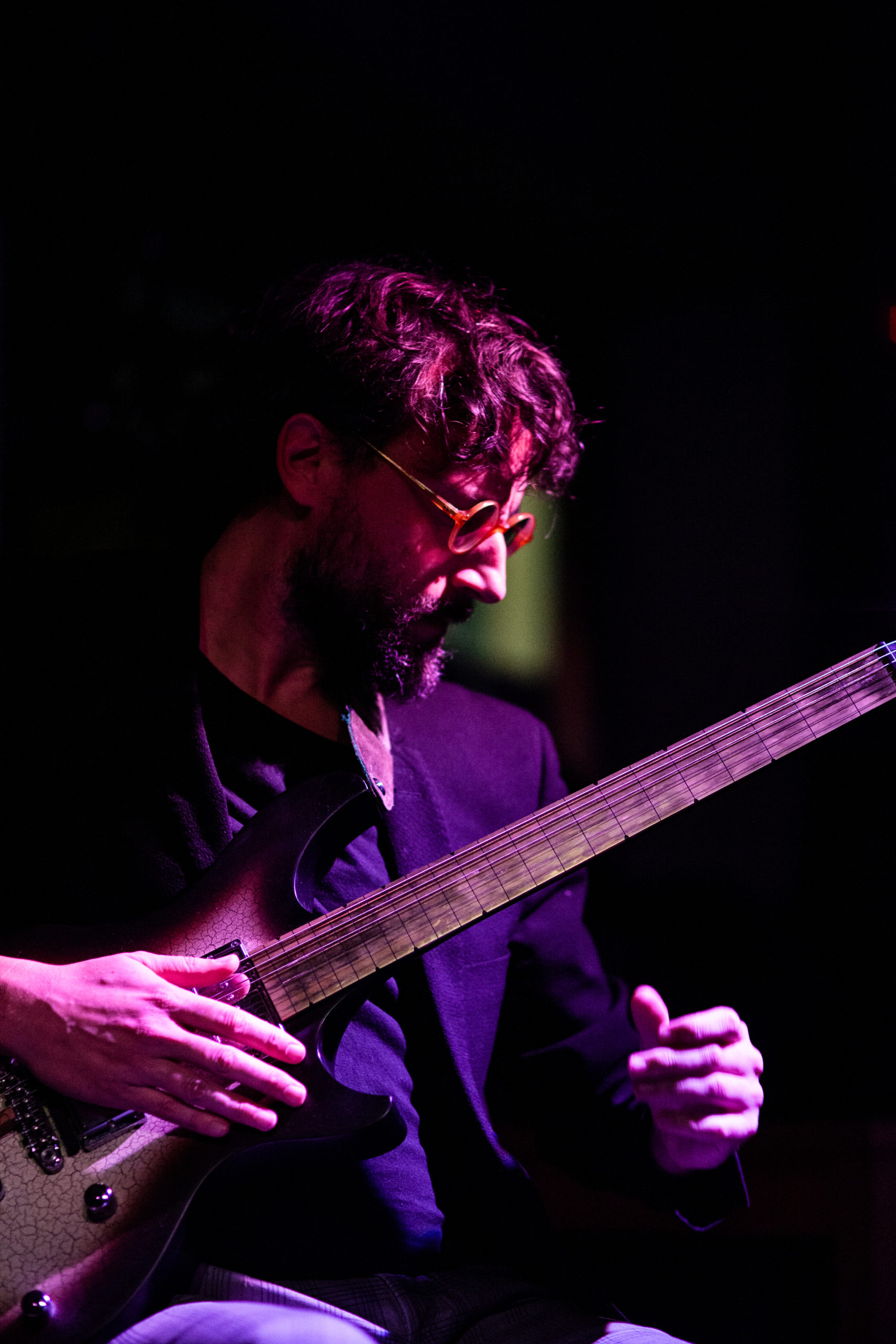 After jazz studies at the International Academy of Music in Milan, he began a research path in the field of world music.
The Balkan music in the first place, with Nema Problema Orchestra (2004) with which he has been performed in various festivals and clubs all over Europe.

In particular, he dedicated himself to the construction of a personal language rich in elements encountered, turning his gaze to extra-European sound worlds, particularly the Middle East.
In the collaboration with Camilla Barbarito (2010) he finds the excuse for a deepening in the most disparate directions, from tango to fado, to flamenco to swing and bossanova, following the singer in her continuous research, which comes to merge with the theater with the Nina Madù project and the Edible Relics.
Member of Connections Trio, a strongly jazz-based group in which he collaborates with the Turkish pianist Yigit Ozatalay, professor of piano composition and arrangement at the Istanbul University of Music.
In 2015 he began the collaboration with the famous tar player Fakhraddin Gafarov, in the quartet in his name, with whom he recorded the album Uzunderè (Milan / Baku 2017) entirely composed of music of Caucasian origin.
In 2016 he gives life together with Ashti Abdo and Manuel Buda to the Abdo Buda Marconi trio, an eccentric ensemble of only strings, which proposes pieces with a “Mediterranean” sound.
In 2018 he founded Osmosi Trio together with Alberto Pederneschi (drums) and Ivo Barbieri (bass) with a repertoire of World Music, evolution of modern jazz language.